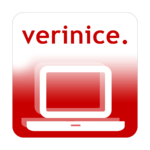 The verinice.CLIENT is now available as subscription at the verinice.SHOP. The contract period spans 1, 2 or 3 years. The change made by verinice publisher SerNet comes as a lot of customers requested a subscription based model.

Previously, new versions of the verinice.CLIENT had to be purchased separately. With typically two releases a year many customers required a new acquisition every six month and had to negotiate with their purchasing department. To simplify this process on the user side, SerNet has switched to the new subscription model. From now on, customers can buy a verinice subscription for a period of 1, 2 or 3 years. A subscription includes access to all newly published versions. 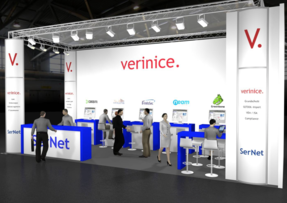 it-sa - the annual fair and meeting place for the IT security industry - will take place from 10 to 12 October in Nuremberg this year. SerNet will be there together with verinice.PARTNERS at the verinice booth in Hall 9 / 9-204.

SerNets verinice.TEAM will be accompanied by some partners from the verinice.PARTNERS network. Cassini, IT-InfoSec, neam and SILA Consulting are part of the project. Together they will present verinice and offer an outlook on verinice 1.15. The partners will also inform about their individual services such as the design, implementation and optimization of a management system for information security, as well as certification and trainings.

You want  to learn more about verinice or certain functions? You want to know if verinice is the right tool for you? Or just give us feedback on the software? You want to get to know some verinice.PARTNERS and their services? We look forward to welcoming you at our booth. For appointments send us an email to itsa@sernet.de.

Get your visitor ticket for free access to it-sa: Just redeem the voucher code A361597 at http://www.it-sa.de/voucher/. With a visitor ticket you’ll be able to explore it-sa on any day starting at 9am. 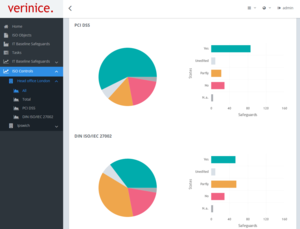 SerNet added v.Designer to the verinice.SHOP today so this software is not only available for verinice.PRO customers but also for users of the verinice standalone Client.

v.Designer enables you to modify report templates or to create new ones.

verinice uses the BIRT framework that includes a report designer. v.Designer is based on this tool and has been slightly modified for verinice and enhanced with certain options and functions. All main functions remain the same so that manuals and tutorials for a BIRT report designer can be used to learn how to work with v.Designer.

We added a very short manual to the v.Designer package - currently in German, that will be tranlated and added to the package by end of April.

Please consider that v.Designer is always adapted to the current version of verinice, but you do not have to by v.Designer again, if a new verinice version is released. We will update v.Designer in the shop backend so all you have to do os download the software again.