The verinice.TEAM is accompanied by the verinice.PARTNERS Cassini, SILA Consulting, IT-InfoSec und neam. Together they’ll present verinice in version 1.13 and demonstrate the possibilities of the ISMS tool for ISO 27001, VDA ISA etc. as well as specific scenarios. The partners will also inform about their individual services such as the design, implementation and optimization of a management system for information security, as well as certification and trainings. In addition Greenbone will demonstrate the option to combine verinice and the Greenbone Security Manager to enable efficient vulnerability management.

You want  to learn more about verinice or certain functions? You want to know if verinice is the right tool for you? Or just give us feedback on the software? You want to get to know some verinice.PARTNERS and their services? We look forward to welcoming you at our booth. For appointments send us an email to itsa@remove-this.sernet.de.

Free eTicket
Get your visitor ticket for free access to it-sa: Just redeem the voucher code A333700 at http://www.it-sa.de/voucher/. With a visitor ticket you’ll be able to explore it-sa on any day starting at 9am. 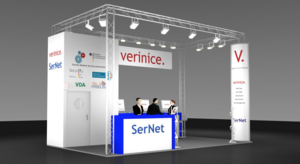 7-9 June 2016 marks the date of the Infosecurity Europe in Olympia (Kensington, London). SerNet will present the ISMS-Tool verinice there for the first time. You can find the SerNet team and the verinice.PARTNERS from Sila Consulting at the verinice booth S70 on the 2nd level.

Together we will introduce verinice in its current version 1.12, demonstrate the potential of the ISMS tool and give an outlook on the future development steps. In addition, Sila informs about partner services such as the design, implementation and optimization of a management system for information security as well as certification and training.

You're interested in certain functions of verinice? You want to know if verinice is the right tool for you? Or just give us feedback about the software or report feature requests?

We look forward to welcoming you at our booth. We also arrange appointments in advance! Just send us a mail to sales@remove-this.sernet.de. 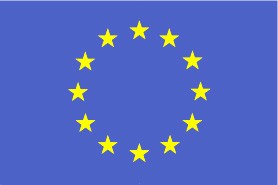 On 4 May 2016, the General Data Protection Regulation (GDPR) was published in the Official Journal of the European Union. It replaces the national sectoral data protection regulations in the 28 EU Member States. Thus, after a a two-year transitional period, national regulations will not be valid anymore.

With the reform, a EU wide unified legal framework with a high standard of data protection should be ensured in the member states. For companies, the basic regulation has major implications since they state further demands on businesses alongside the existing obligations.

Future fines could face up to 20 million Euros, or up to four percent of the total worldwide annual turnover achieved. It is advisable to familiarize yourself and make the necessary adjustments to the new legal requirements in time.

The appointed date for the new rules to be legally binding is 25 May 2018. Up to this date, companies need to have their entire data protection organization, security concepts, contracts and business processes adapted to the new legal framework.

In the transitional period, the national legislature is required to act as well. Their task will be to adopt national rules.

Take advantage of the two-year transitional period. The verinice team is currently doing the same: When the GDPR comes into force, the relevant new rules will be implemented in verinice.

On February 17th, 2016 a critical bug in the Linux library glibc was made public. verinice.PRO users should patch their operating systems with the updates released.

updates the whole system to the latest version.

If only the operating system should be updated without updating to a newer  verinice version, the following command can be used: